Concerns have been raised over the years regarding elevated levels of cobalt and chromium found in the body after metal-on-metal hip resurfacing.  This has, in some patients, resulted in abnormal soft tissue reactions and adverse outcomes in both metal-on-metal hip resurfacing and replacement implants.  In hip resurfacing much of the concern surrounded one specific implant design, poorly-positioned implants and smaller-sized implants.  Similarly, for reasons that we do not truly understand, in some series, hip resurfacings in women have not proved as successful.  Again, this concern has involved some implants more than others.

The concerns relate to abnormal soft tissue reactions (abnormal reaction to metal debris – ARMD) that have occurred around some metal-on-metal replacement bearings.  These reactions are thought to occur as a consequence of abnormal wear of the components resulting in higher local and indeed systemic concentrations of cobalt and chromium in the body.  The adverse reactions can vary in severity.  In some circumstances they result in local irritation and inflammatory change in the surrounding soft tissues.  In other cases the reaction has been severe, periodically resulting in soft tissue and indeed bony necrosis around the components.

Thankfully this severe situation has been rare.  These more severe reactions and higher levels of metal ions have been more common in large head hip replacements.  (Not something that I used within my routine practice.)

I have only used two of the various hip resurfacing designs, (The Adept® and Birmingham Hip Resurfacing).  Both have shown sound outcomes, when performed well in suitable patients, in various hip registries around the world.  As a consequence, these metal-on-metal reactions  are not something that I have seen frequently in my own patients and practice.  I have seen soft tissue reactions and failures, with and without elevated metal ion levels, in some of my own hip resurfacing patients as follow-up has extended over years.  Similarly within my complex revision practice, I have been referred a number of patients with this concern and with these problems.

It is important to note that hip revision surgery in the presence of a severe local reaction with soft tissue damage for a failed metal on metal hip resurfacing can be a challenge.  The results of these revisions in this circumstance are less consistent, perhaps undermining some of the perceived and potential benefits of hip resurfacing.

Of relevance, in 2013 I made the following comments:

With regard to large head, metal-on-metal total hip replacements, there is quite such a concern that the British Hip Society suggested in 2012 that these should no longer be performed.  In these circumstances, in addition to the potential for metal debris to result from the bearing surface itself, frequently a metallic sleeve is used at the junction between the stem and the femoral head. 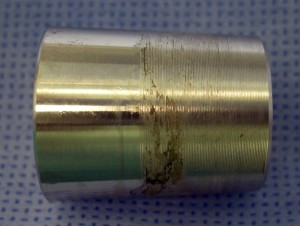 This has been implicated in an increased amount of metal wear resulting in high metal concentrations causing adverse reactions.  Again, these adverse reactions have been more common in some bearings and reconstructions than in others.  I used this type of reconstruction very rarely in my practice and, when I have, the system that I used has shown better clinical outcomes than others.  I have, therefore, not seen significant problems in that patient group. 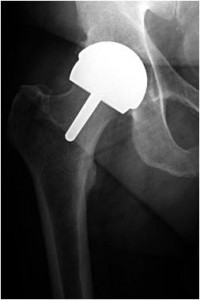 The MHRA (Medicines & Healthcare products Regulatory Agency) have developed guidelines detailing how patients who have had metal-metal hip replacements should be followed up and evaluated.

It has always been my practice to follow up my patients.  I had already arranged to review my metal-on-metal and hip resurfacing patients on a regular basis since I started to use the technique when “required” follow-up was not stipulated.  I am fully aware of the MHRA guidelines and adhere to them, investigating my patients as per their suggestions and as per my practice over years.

In summary, thankfully from within my own Practice with patients in whom I have implanted the Birmingham Hip Resurfacing, I have had good outcomes.  I continue to follow up patients as per MHRA guidelines.  I am always happy to review patients with any cause for concern whatsoever.

At present the MHRA guidelines do not suggest that all patients who have had metal against metal hip resurfacing will require blood metal ion analysis.  Patients who experience pain or decreased function should be reviewed and investigated as indicated.  A combination of blood metal ion analysis, radiograph, MRI scan or ultrasound scan should be carried to investigate the situation further.

Against this background there are now various registries with published data giving the survival rate of the Birmingham hip resurfacing.  When carried out well, with well-aligned components, with a head size in excess of 50 and in appropriate patients, the results of the Birmingham hip resurfacing have shown an encouraging return to good activities with a low revision rate and implant survival in excess of ninety five per cent beyond ten years.